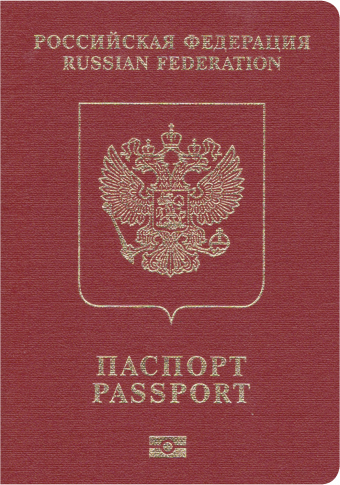 The Russian passport currently ranks on the 48th place according to the Guide Passport Ranking Index. It provides visa-free access to 117 countries. This gives it an overall medium mobility score. Russian passport holders have visa-free access and visas on arrival to countries such as Brazil, Turkey and the United Arab Emirates. Russian passport holders do however require a visa to enter about 109 destinations in the world. Some of the destinations where a visa is required are China, the entire European Union and India.

The Russian Federation is a transcontinental country consisting of 46 provinces. The nation is extending from Eastern Europe all the way to Northern Asia and the North Pacific Ocean. The most important provinces are Moscow and Leningrad. The nation has a surface area of 17,098,246 square kilometers and is therefore the largest country in the world. Its geography is very diverse from plains, to tall mountains, giant marshes, steppes and sprawling forests. Russia has many different climates, it is mostly continental with brief summers and cold long winters.

The overall population is over 146.7 million people. This makes it the 9th most populous country in the world. The capital is Moscow, which is also the most populated city with more than 12.5 million inhabitants. Other major cities are Saint Petersburg, Novosibirsk, Yekaterinburg and Kazan. The largest airport is Sheremetyevo International Airport (SVO) with over 49 million yearly passengers. This makes it the 35th busiest airport worldwide. Sheremetyevo Airport has excellent flight connections to the entire world.

Russia’s has a long and rich cultural history in literature, painting, ballet and classical music. The main religions of the country are Russian Orthodox and the Islam. The official language is Russian. The legal system is the civil law with judicial review legislative acts. The government type is a semi-presidential federation. The chief of state is President Vladimir Putin. The head of government is the Premier Mikhail Mishustin. The elections take place every 6 years and the president is elected directly via popular vote.

The official currency of the country is the Russian Ruble (RUB) with the current exchange rate being RUB 75 to the USD. The country has a market-based economy, generating a GDP of approximately $4.1 trillion. Its citizens have a per capita income of $28,184. The GDP is mostly made up of 2 key sectors which are the agriculture and industry sector. Russia is a major producer of oil, gas and metals. Others important export products are pearls, precious stones, wood, wood articles, cereals, fish, plastic, plastic products and rubbers.

Russia is filled with a variety of urban and natural tourism destinations and attractions. It is one of the most historically significant countries in the world. It boasts with 19 UNESCO world heritage sites scatted across the nation. Major tourist destinations are the Trans-Siberian Railway, the capital Moscow, the Hermitage Museum and Lake Baikal. The nation has a total of approximately 24 million tourists visiting every year.