The passport ranking relative to other global passports is calculated by adding up the number of countries that allow passport holders to enter without a visa (i.e. visa-free countries) and those that allow passport holders to enter by obtaining a visa on arrival (i.e. visa-on-arrival countries) or an electronic travel authorization (eTA). There are currently a total of 44 passport visa-free countries, 34 visa-on-arrival countries, and 1 eTA destinations.

Altogether, passport holders can enter a total of 79 destinations—either without a visa, through a visa on arrival, or via an eTA. As a result, the passport ranks 67 in the world.

Separate from these visa-free countries and visa-on-arrival countries, there are 150 additional destinations which passport holders either need a physical visa to enter or an eVisa (i.e. visa required countries).

The landlocked Republic of Belarus is a former soviet country. It consists of 6 administrative regions. The country is situated in Eastern Europe. Neighboring countries include Ukraine, Poland, Lithuania, Latvia and Russia. The most important administrative regions are Minsk, Gomel and Mogilev. Belarus has a surface area of 207,595 square kilometers. That is why is one of the smaller countries of the former Soviet Union. Belarus is mostly flat with a lot of marshlands. Its climate is between continental and maritime.

The overall population is 9.4 million people. The capital of the country is Minsk, which is also the most populous city with 2 million in habitants. Other major cities are Gomel and Mogilev. The largest airport is Minsk National Airport (MSQ) with 4.5 million yearly passengers. Minsk Airport has excellent flight connections to the entire former Soviet Union and beyond.

Belarus’s culture is strongly influenced by its soviet history. The main religion is Orthodox, although there are more than 40% atheists. The official languages are Russian and Belarusian. The legal system is the civil law. The government type is a presidential republic. The head of government is the elected President Aleksandr Lukashenko and the Prime Minister is Roman Golovchenko. The elections take place every 5 years and the president is elected directly through absolute majority.

The official currency of the country is the Belarusian Ruble (BYN) with the current exchange rate being BYN 2.6 to the USD. The country has an open economy, generating a GDP of approximately $200 billion. Its citizens have a per capita income of $21,223. The GDP is mostly made up of 2 key sectors, which are industry and services. Belarus most significant export partners are Russia and the European Union. Its main GDP contributing products are oil, lumber, peat, grain and machinery. The GDP has been on a slight growth trend in the past years with yearly growth rates of 1%

Belarus is filled with a variety of urban and natural tourism destinations and attractions. It is known for its vast nature and different cultural sites. It has 4 UNESCO world heritage sites. Some of the major destinations include the capital Minsk, the Braslav Lake Area, the Pushcha national park, the famous Mir Castle, the Brest Fortress and the city of Grodno. The nation has a total of approximately 365,000 tourists visiting every year. Most tourists originate from Russia and Europe. It is therefore a very popular destination for regional visitors due to no visa requirement. 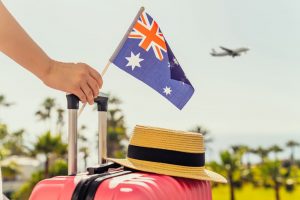