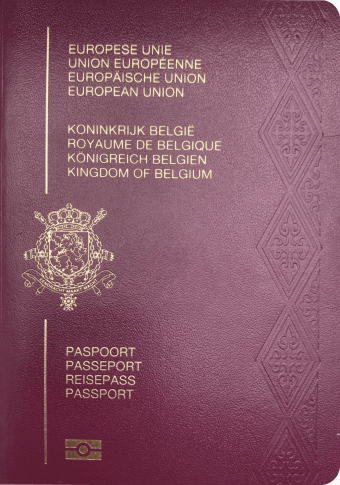 The Belgian passport currently ranks on the 7th place according to the Guide Passport Ranking Index. It provides visa-free access to 190 countries. Making it one of the most desirable passports in the world with a very high mobility score. Belgian passport holders have visa-free and visas on arrival access to countries such as Brazil, Japan, United Kingdom, Taiwan, United Arab Emirates, United States and the entire European Union allowing almost instant travel worldwide. Belgian passport holders do however require a visa to enter about 39 destinations in the world.

Altogether, Belgium passport holders can enter a total of 190 destinations—either without a visa, through a visa on arrival, or via an eTA. As a result, the Belgium passport ranks 7 in the world.

Separate from these Belgium visa-free countries and visa-on-arrival countries, there are 39 additional destinations which Belgium passport holders either need a physical visa to enter or an eVisa (i.e. visa required countries).

The Kingdom of Belgium consists of ten provinces and is located in the European Union with neighboring countries Luxemburg, Germany, France and the Netherlands. The most important provinces are Antwerp, East Flanders, Hainaut and Brussels. Belgium has a surface area of 30,689 square kilometers and is therefore one of the smaller countries in the European Union. Its climate is temperate with mild winters and cool summers.

The overall population is 11.4 million people. The capital of the country is Brussels. The most populous city is however Antwerp, followed by Ghent and Charlerloi. The largest airport is Brussels Zaventem (BRU) with 25 million passengers followed by Brussels Charleroi (CRL) with 7.7 million yearly passengers. Brussels airport has especially excellent flight connections to the African continent with several flights a day.

Belgium’s culture is dominated by a mix of languages and cultures, with Roman Catholic religion as the main religion. The official languages in the country are Dutch, French and German. The legal system is the civil law based on the French Civil Code. The government type is a federal parliamentary democracy that works under a constitutional monarchy, represented by King Philippe as chief of state. The Prime Minister Alexander De Croo is currently the head of government.

The official currency of the country is the Euro (EUR) with the current exchange rate being EUR 0.84 to the USD. The country has an open economy, generating a GDP of approximately $550 billion, making it the 12th largest economy in Europe. Its citizens have a per capita income of $48,224. The GDP is mostly made up of 3 key sectors, which are services, industry and agriculture. Its main goods of export are chemicals, machinery equipment, finished diamonds, metals and metal products.

Belgium is filled with a variety of urban and natural tourism destinations and attractions. It is known for its picturesque medieval towns and different cultural facets due to its trilingual system. Some of the major destinations include the Grand Place in Brussels, the canals and belfry of the city Bruges, the battlefields of Flanders and the old town of Ghent. Another reason why many of the tourists visit Belgium is its expertise in the art of chocolate making with famous brands such as Godiva, Leonidas, Bruyerre and Belvas. The nation has a total of approximately 9.4 million tourists visiting every year with the majority originating from Europe and its surrounding countries.