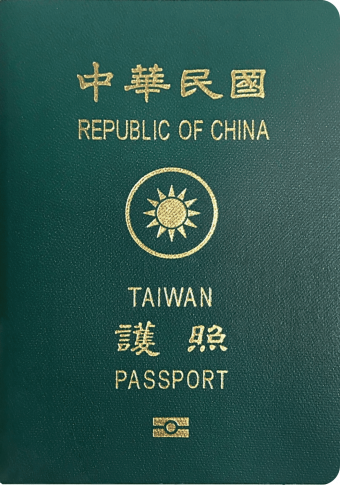 The Taiwanese passport currently ranks on the 32nd place according to the Guide Passport Ranking Index. It provides visa-free access to 146 countries. This grants it an overall higher mobility score and makes it a desirable passport. Taiwanese passport holders have visa-free access and visas on arrival to countries such as Singapore, United Kingdom, Israel and the entire European Union. This allows almost instant travel opportunities to worldwide prime destinations. Taiwanese passport holders do however require a visa to enter about 83 destinations. Some countries where a visa is required are India, Ukraine and Lebanon.

Altogether, Taiwan passport holders can enter a total of 146 destinations—either without a visa, through a visa on arrival, or via an eTA. As a result, the Taiwan passport ranks 32 in the world.

Separate from these Taiwan visa-free countries and visa-on-arrival countries, there are 83 additional destinations which Taiwan passport holders either need a physical visa to enter or an eVisa (i.e. visa required countries).

The island Republic of Taiwan is divided into 11 counties and 3 cities. The most important counties are Changhua, Pingtung and Yunlin. It is situated in Eastern Asia, bordering the East China and Philippine sea. The country has a surface area of 36,197 square kilometers. Its terrain is defined by eastern rugged mountains and flat plains in the west. Its climate is tropical marine with a rainy season from June to August and clouds all year round.

The overall population is over 23.5 million people. The capital of the country is Taipei, which is also the most populous city with more than 2.6 inhabitants. Other major cities are Taichung, Kaohsiung and Taoyuan. The country’s largest airport is Taoyan International Airport (TPE) with over 48 million annual passengers. This makes it the 36th busiest airport in the world. The airport provides access to worldwide destinations through several airlines.

Until today, Taiwanese culture is a blend of Chinese, Japanese and western heritage. There is a mix of religions with Buddhism and Taoism as the main beliefs. The official language is Mandarin Chinese. The Taiwanese legal system is based on the civil law. The government form is a semi-presidential republic. The current chief of state is President Ing-Wen Tsai and the head of government is the elected Prime Minister Tseng-Chang Su.

The official currency is the New Taiwan dollar (TWD), with a current exchange rate of TWD 28 to the USD. The country has an open economy, generating a GDP of approximately $1.2 trillion. This makes it the 4th largest economy amongst the East Asian countries. Its citizens have a per capita income of $54,019. The GDP is mostly made up of the services and industry sector. Taiwan is a leader in technology and software. Main export products are electronics, chemicals, textiles, machinery, rice and vegetables.

Taiwan is an incredibly popular local tourism destination. The country is filled with a variety of urban and natural tourist attractions. It is known for its bustling cities and nature. There are two UNESCO world heritage sites around the county. Some of the major destinations include the capital Taipei, Changhua, Keelung, Yushan National Park, Kinmen, Kaohsiung, Nantou and Taroko National Park. Taiwan has a total of approximately 12 million tourists visiting every year with the majority originating from Asia.