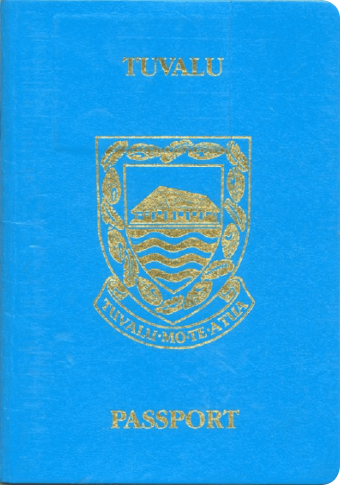 The Tuvaluan passport currently ranks on the 44th place according to the Guide Passport Ranking Index. It provides visa-free access to 129 countries. This grants it an overall good mobility score. Tuvaluan passport holders have visa-free access and visas on arrival to countries such as Singapore, the United Kingdom, Taiwan and the entire European Union. However, Tuvaluan citizens require a visa to enter about 100 destinations. This requires some more extensive travel preparation. Visa applicants need to present documents such as proof of funds and return flight ticket. Some countries where a visa is required are Japan, Brazil, China, Australia and the United Arab Emirates.

Altogether, Tuvalu passport holders can enter a total of 129 destinations—either without a visa, through a visa on arrival, or via an eTA. As a result, the Tuvalu passport ranks 44 in the world.

Separate from these Tuvalu visa-free countries and visa-on-arrival countries, there are 100 additional destinations which Tuvalu passport holders either need a physical visa to enter or an eVisa (i.e. visa required countries).

The Tuvalu Islands consist of nine coral atolls and can be divided into three islands and six atolls. The most important island is the Funafuti. The island nation is located in Oceania in the South Pacific Ocean with a surface area of 26 square kilometers. This makes it one of the smallest countries in the world. Tuvaluan geography and terrain are dominated by low lying coral atolls and extensive reefs. Its climate is tropical, moderated by trade winds and the western gales.

The overall population is approximately 11,646 people. The capital of the country is Funafuti, which is also the most populous city with 5,320 inhabitants. Other important towns are Savave Village, Motufoua and Teava. The country’s largest and only international airport is Funafuti International Airport (FUN). The airport provides access to two destinations in Tarawa and Suva with flights usually being scheduled once a week.

The culture is dominated by the Tuvaluan mythology. The highest percentage religion in the country is Protestantism. The official languages are Tuvaluan and English. The Tuvaluan legal system is based on the English common law and local customary law. The government form is a parliamentary democracy under a constitutional monarchy. The chief of state is Queen Elizabeth II and the head of government is the elected Prime Minister Kausea Natano.

The official currency is the Tuvaluan Dollar (TVD), with the current exchange rate being TVD 1.3 to the USD. The country has an open economy, generating a GDP of approximately $39 million, making it the lowest GDP in Oceania. Its citizens have a per capita income of $3,566. The GDP is mostly made up of the services sector. Almost half of the nation’s income is originating from the sale of fishing licenses. Agriculture and tourism are minor. The nation’s main export products are fish and coconut. Remittances from Tuvaluans abroad are steady at around $4 million a year.

The Tuvaluan islands have a minor tourism industry. Although it has a variety of beautiful untouched natural reserves, reefs and beaches. It is known for its vast beaches, World War II sites, fishing, surfing and diving. It has no UNESCO world heritage sites. Some of the major destinations include Funafuti, the Marine Conservation Park, Nanumanga, WWII sites and the stamp museum. The island nation has a total of approximately 1,600 tourists visiting every year with the majority originating from neighboring islands and Australia.