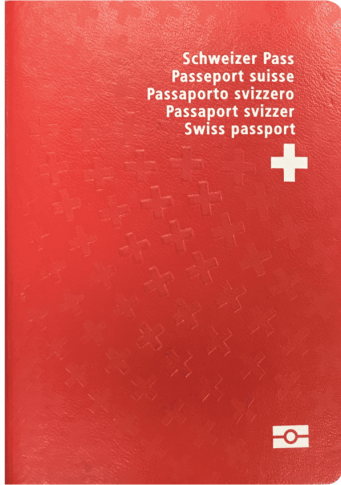 The Swiss passport currently ranks on the 7th place according to the Guide Passport Ranking Index. It provides visa-free access to 190 countries. It is considered one of the most desirable passports in the world with a very high mobility score. Swiss passport holders have visa-free access and visas on arrival to destinations such as Brazil, Japan, United Kingdom, United Arab Emirates, United States and the entire European Union allowing almost instant travel worldwide. Swiss passport holders do however require a visa to enter about 39 destinations in the world. Some countries where a visa is required are China, India and Russia.

Separate from these Switzerland visa-free countries and visa-on-arrival countries, there are 39 additional destinations which Switzerland passport holders either need a physical visa to enter or an eVisa (i.e. visa required countries).

The landlocked Swiss Confederation consists of 26 cantons and is located in Central Europe. The nation’s neighboring countries are Italy, Germany, France and Austria. The most important provinces are Zürich, Bern and Vaud. Switzerland has a surface area of 41,285 square kilometers. It is therefore one of the smaller countries in Europe. Its climate is generally temperate but alpine in the mountainous regions. Its terrain is characterized by mostly mountains with a central plateau.

The overall population is over 8.5 million people. The capital of the country is Bern. The most populous city with more than 415,000 inhabitants is however Zürich. Other important cities are Geneva, Lausanne, Bern, Lucerne and Basel. The largest airport is Zurich Airport (ZRH) with 31 million passengers per year followed by Geneva Airport with 17 million yearly passengers. ZRH airport is the 15th largest airport in Europe and provides access to all parts of the world.

Swiss culture is rich of history and heritage, with Christianity as the main religion. The official languages in the country are German, French, Italian and Romansh. The legal system is the civil law with the judicial review of any legislation. The government type is a federal republic. The elected chief of state and head of government is currently President of the Swiss Confederation Simonetta Sommaruga.

The official currency of the country is the Swiss Franc (CHF) with the current exchange rate being CHF 0.9 to the USD. The country has an open economy, generating a GDP of approximately $584 billion, making it the 38th largest economy in the world. Its citizens have a per capita income of $67,557. The GDP is mostly made up of services and the industry sector. Its main goods of export are machinery, chemicals, watches, textiles and precision instruments. Other very important GDP contributors are the banking and tourism sector.

Switzerland is filled with a variety of urban, cultural and natural tourism destinations and attractions. It is especially known for its rich culture and beautiful mountains, attracting tourists during winter and summer. It has 12 UNESCO world heritage sites. Some of the major destinations include the Matterhorn, Interlaken, Lucerne, Lake Geneva, the Chateau de Chillon, the capital Bern and the Swiss National Park. The nation has a total of approximately 20 million tourists visiting every year. The majority of tourists are originating from Germany, the United Kingdom and the United States.