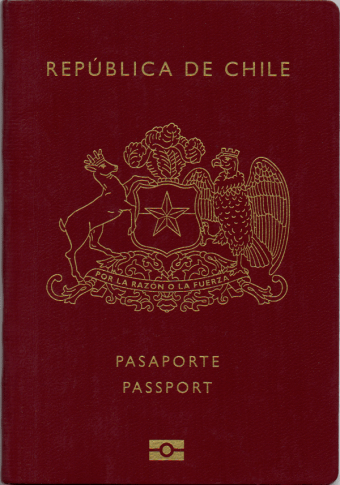 The Chilean passport currently ranks on the 19th place according to the Guide Passport Ranking Index. It provides visa-free access to 173 countries. With a high mobility score it is one of the more desirable passports in the world. Chilean passport holders have visa-free access and visas on arrival to countries such as the United Kingdom, United Arab Emirates, Russia, United States and the entire European Union. This allows almost instant travel opportunities worldwide. Chilean passport holders do however require a visa to enter about 56 destinations in the world. Some countries where a visa is required are China, India and Kuwait.

Altogether, Chile passport holders can enter a total of 173 destinations—either without a visa, through a visa on arrival, or via an eTA. As a result, the Chile passport ranks 19 in the world.

Separate from these Chile visa-free countries and visa-on-arrival countries, there are 56 additional destinations which Chile passport holders either need a physical visa to enter or an eVisa (i.e. visa required countries).

The Republic of Chile is the 7th largest country in South America, consisting of 16 regions. The most important provinces are Santiago, Valparaíso and Biobío. The nation is situated in South America bordering the countries of Argentina, Bolivia and Peru. Chile has a surface area of 756,096 square kilometers. Its climate is mostly temperate with Mediterranean type climate in the central region and cool climate in the south. Its terrain varies as well from low coastal mountains to fertile valleys and the rugged Andes.

The overall population is 18.7 million people, making it the 6th largest country in South America. The capital of the country is Santiago de Chile, which is also the most populous city with over 5.6 million inhabitants. It is followed by Puente Alto and Maipú. The largest airport is Arturo Merino Benitez International Airport (SCL). Andres Sabella Galvez International Airport is the second most important airport. Both airports together cover domestic and international routes connecting Chile to the world.

Chile’s culture is dominated by the Spanish colonial history and immigration waves that occurred over the past centuries. There is a multi-cultural mix present in most of the country with the Roman Catholic belief being predominant. The official language is Spanish. The legal system is based on the European Civil Law. The government type is a presidential republic. The chief of state and at the same time head of government is the elected President Sebastian Pinera Echenique.

The official currency is the Chilean Peso (CLP) with the current exchange rate being CLP 773 to the USD. The country has an open economy, generating a GDP of approximately $528 billion, making it the 5th largest economy in South America. Its citizens have a per capita income of $27,150. The GDP is mostly made up of 2 key sectors, which are services and industry. Some of the most important export products are copper (largest open mine in the world), lithium, grapes, wine and apples.

Chile is known for its vast diverse nature and coastline extending all the way to the south of the continent. Some of the major destinations include the Torres del Paine National Park, Valle de la Luna, Atacama Desert, the Easter Island and the capital Santiago. The nation has a total of approximately 6.4 million tourists visiting every year with the majority originating from Europe, North and South America. This makes Chile the 3rd most visited country in South America.