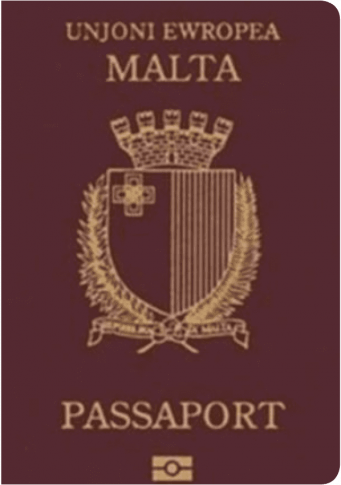 The Maltese passport currently ranks on the 10th place according to the Guide Passport Ranking Index. It provides visa-free access to 187 countries. This makes it one of the most desirable passports in the world with a very high mobility score. Maltese passport holders have visa-free and visas on arrival access to countries such as Brazil, Japan, the United Kingdom, United Arab Emirates, United States and the entire European Union allowing almost instant travel worldwide. Maltese passport holders do however require a visa to enter about 42 destinations in the world. Some destinations where a visa is required are China, India and Oman.

Altogether, Malta passport holders can enter a total of 187 destinations—either without a visa, through a visa on arrival, or via an eTA. As a result, the Malta passport ranks 10 in the world.

Separate from these Malta visa-free countries and visa-on-arrival countries, there are 42 additional destinations which Malta passport holders either need a physical visa to enter or an eVisa (i.e. visa required countries).

The island Republic of Malta consists of 5 regions and is part the European Union. It is located in Southern Europe, in the Mediterranean Sea with the closest country being Italy to the north. The most important regions are Central, North and South. Malta has a surface area of 316 square kilometers and is therefore one of the smallest countries in the European Union. Its climate is Mediterranean with mild rainy winters and hot dry summers. Its geography is defined by mostly low terrain with coastal cliffs.

The overall population is around 514,564 people. The capital of the country is Valletta. The most populous city however is Birkirkara with over 22,000 inhabitants. Other important cities are Zabbar and Zebbug. The largest airport is Malta International Airport (MLA) with 7.3 million yearly passengers. MLA airport provides connections to most destinations in Europe. This contributes to the great touristic success of the country.

Maltese culture is influenced by a mix of historic and colonial events that formed the country and people of today. A large majority follows the Roman Catholic religion. The official languages of the country are Maltese and English. The legal system is a mix between the English common law and the civil law. The government type is a parliamentary republic. President George Vella is chief of state and Prime Minister Robert Abela is head of government.

The official currency of the country is the Euro (EUR) with the current exchange rate being EUR 0.84 to the USD. The country has a small but prosperous economy, generating a GDP of approximately $22.8 billion, making it the 44th largest economy in Europe. Its citizens have a per capita income of $48,246. The GDP is mostly made up of the services sector. Tourism plays a major role for the country’s income both for arrivals by air and from cruise ships. The GDP has seen steady growth of approximately 4% over the past years, making it a leader in the EU.

Malta is filled with a variety of urban and historic tourism destinations and attractions. It is known for its cultural and natural history with 3 UNESCO world heritage sites. Popular tourist activities are sightseeing, hiking, beachgoing and watersports. Some of the major destinations include the capital Valetta, the Island of Gozo, Rabat, the Tarxien Temples, and the Blue Lagoon. The nation has a total of over 2.7 million tourists visiting every year with the majority originating from European countries.