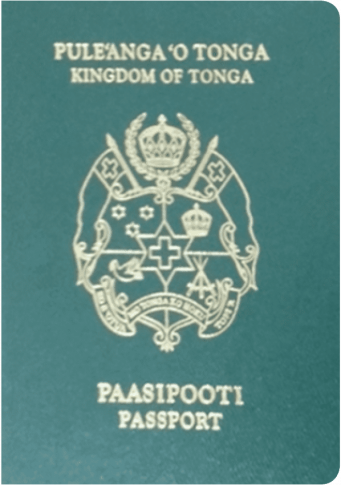 The Tongan passport currently ranks on the 46th place according to the Guide Passport Ranking Index. It provides visa-free access to 127 destinations. This grants it an overall good mobility score. Tongan passport holders have visa-free access and visas on arrival to countries such as Singapore, the United Kingdom, China and the entire European Union. However, Tongan citizens require a visa to enter about 102 destinations in the world, requiring some more extensive travel preparation. Some countries where a visa is required are Taiwan, Brazil, Japan, Australia and the United Arab Emirates.

Altogether, Tonga passport holders can enter a total of 127 destinations—either without a visa, through a visa on arrival, or via an eTA. As a result, the Tonga passport ranks 46 in the world.

Separate from these Tonga visa-free countries and visa-on-arrival countries, there are 102 additional destinations which Tonga passport holders either need a physical visa to enter or an eVisa (i.e. visa required countries).

The Kingdom of Tonga is an island nation consisting of 169 islands of which only 36 are populated. The most important island is Tongatapu. It is located in Oceania in the Pacific Ocean with a surface area of 748 square kilometers. Tongan geography and terrain are dominated by volcanic islands, coral islands and active volcanoes. Its climate is subtropical with a cyclone season from November to April.

The overall population is over 100,000 people. The capital of the country is Nuku’alofa, which is also the most populous city with around 23,000 inhabitants. Other important towns are Lapaha, Neiafu and Haveluoto. The country’s largest international airport is Fua’amotu International Airport (TBU). The airport provides access to all domestic destinations and has a few limited international routes.

The culture is dominated by 3000-year-old Lapita history with European influences. The highest percentage religion in the country is Christianity. The official languages are Tongan and English. The Tongan legal system is based on the English common law. The government form is a constitutional monarchy. The chief of state is King Tupou VI and the head of government is the elected Prime Minister Pohiva Tu’I’Onetoa. The elections are being held every year.

The official currency is the Pa’anga (TOP) with a current exchange rate of TOP 2.2 per USD. The currency is pegged to a currency basket consisting of the Australian Dollar, the US Dollar, the New Zealand Dollar and the Japanese Yen. The country has an open economy, generating a GDP of approximately $655 million, making it the 8th largest GDP in Oceania. Its citizens have a per capita income of $6,496. The GDP is mostly made up of the services sector. Tourism and remittances from Tongans living abroad are an important source of income. The main agricultural exports are fish, yams, vanilla beans and squash. International Aid is still needed and used even though the government is trying to attract foreign investment.

The Kingdom of Toga has a minor tourism industry. Although it has a variety of beautiful untouched natural reserves, reefs and beaches. It is known for its vast beaches, fishing, surfing and diving. It has no UNESCO world heritage sites. Some of the major destinations include Pangaimotu Island, Ha’atafu beach, Anahulu Cave, Uoleva, the Royal Palace and Mala Island. The island nation has a total of approximately 54,000 tourists visiting every year with the majority originating from neighboring islands and Australia.