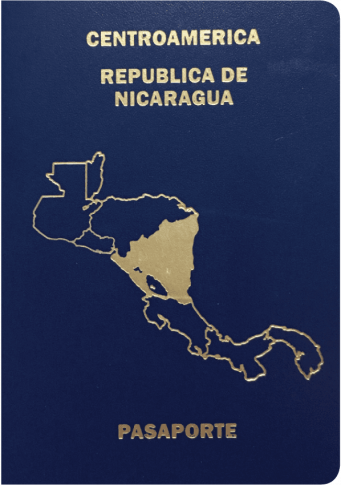 The Nicaraguan passport currently ranks on the 42nd place according to the Guide Passport Ranking Index. It provides visa-free access to 130 countries. Nicaraguan passport holders have visa-free access and visas on arrival to countries such as Philippines, Singapore, Russia, Turkey and the entire European Union. Nicaraguan citizens do however require a visa to enter about 99 destinations in the world. Some countries where a visa is required are China, India and the USA. This high visa requirement results in a medium mobility score.

Separate from these Nicaragua visa-free countries and visa-on-arrival countries, there are 99 additional destinations which Nicaragua passport holders either need a physical visa to enter or an eVisa (i.e. visa required countries).

The Republic of Nicaragua consists of 15 departments. It is located in Central America. The nation’s neighboring countries are Costa Rica and Honduras. The most important departments are Managua, Matagalpa and León. The nation has a surface area of 130,375 square kilometers. It is therefore the largest country in Central America. Nicaragua has wide coastal plains with central interior mountains. Its climate varies between tropical to cooler type highland climate in the mountains.

The overall population is over 6.4 million people. The capital of the country is Managua. It is also the most populous city with more than 1 million inhabitants. Other important cities are Leon, Massaya and Montagalpa. The largest airport is Augusto C. Sandino International Airport (MGA) with 1.6 million yearly passengers. The airport is named after the Nicaraguan revolutionary Augusto C. Sandino. It provides access to most destinations in Latin America and some selected flights to North America.

Nicaraguan culture is dominated by European influence mixed with native traditions. Roman Catholicism is the main religion. The official language in the country is Spanish. The legal system is based on the civil law with a review of administrative acts by the Supreme Court. The government type is a presidential republic. The chief of state and the head of government is President Jose Daniel Ortega. Elections are taking place every 5 years.

The official currency of the country is the Nicaraguan Cordoba (NIO). The current exchange rate being NIO 35 to the USD. The nation has an open economy, generating a GDP of approximately $35.7 billion. This makes it the 19th largest economy in Latin America. Its citizens have a per capita income of $5,683. The GDP is mostly made up of 3 key sectors which are services, industry and agriculture. Its main goods of export are coffee, bananas, sugarcane, rice, corn, tobacco, footwear and textiles. Textiles and agriculture together make up to 50% of the GDP.

Nicaragua is filled with a variety of urban and natural tourism destinations. The country is known for its two UNESCO world heritage sites and many historic colonial buildings. Popular destinations include the Islets of Granada, the Corn Islands, the Masaya Volcano, Cerro Negro, the Mombacho Volcano National Park and Lake Nicaragua. The main touristic activities include hiking, trekking, animal watching, diving and fishing. Nicaragua has a total of over 1.2 million tourists visiting every year. The majority is originating from the neighboring countries and the United States.