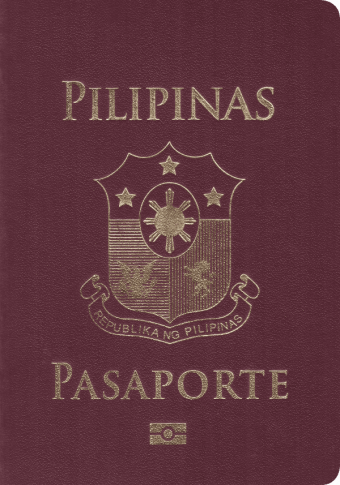 The Philippine passport currently ranks on the 78th place according to the Guide Passport Ranking Index. It provides visa-free access to 66 destinations. This grants it an overall medium-low mobility score. Philippine passport holders have visa-free access and visas on arrival to countries such as Singapore, Thailand, Taiwan, Israel and Kenya. Philippine citizens do however require a visa to enter about 163 destinations in the world. This requires extended travel preparations. Some destinations where a visa is required are the entire European Union, the United States and Australia.

Separate from these Philippines visa-free countries and visa-on-arrival countries, there are 163 additional destinations which Philippines passport holders either need a physical visa to enter or an eVisa (i.e. visa required countries).

The island Republic of the Philippines is a former Spanish colony consisting of 81 provinces and 7,641 islands. The most important provinces are Metro Manila, Cebu and Cavite. The country is situated in Southeastern Asia, between the South China and the Philippine Sea. It has total surface area of 300,000 square kilometers. The nation’s terrain is characterized by rugged mountains and coastal lowlands. Its climate is tropical marine with a northeast and southwest monsoon.

The overall population is over 109 million people. The capital of the country is Manila. The largest city is however Quezon City with a population of more than 3 million inhabitants. The country’s largest international airport is Ninoy Aquino International Airport (MNL) with 47 million annual passengers. This makes it the 5th busiest airport in Southeast Asia. The airport provides access to destinations all around the world. It is named after Benigno “Ninoy” Aquino Jr., a senator that was assassinated at the airport.

Philippine culture is strongly influenced by the its Spanish history. The majority of the population identify themself as Christians. The official languages are Tagalog and English. The Philippine legal system is a mix between the civil, common and customary law. The government form is a presidential republic. The chief of state and head of government is the elected President Rodrigo Duerte. Elections are taking place every 6 years.

The official currency is the Philippine Peso (PHP), which has a current exchange rate of PHP 48 to the USD. The country has an open economy, generating a GDP of approximately $933 billion. Its citizens have a per capita income of $10,094. The GDP is mostly made up of the services and industry sector. Major GDP contributors are the remittances by Philippine overseas workers and the export of electronics. The main export products are semiconductors, chemicals, telecommunication equipment, rice, fish, bananas, copra and corn.

The Philippines are an extremely popular holiday destination for people from all over the world. It is known for its vast beaches and beautiful nature. Some of the major destinations include the White Beach, Historical Sightseeing in Manila, the Mayon Volcano and the Chocolate Hills. There are six UNESCO world heritage sites scattered across the islands. The main tourist activities are fishing, watersports, sightseeing and hiking. The nation has a total of more than 8.2 million tourists visiting every year coming from all over the world.