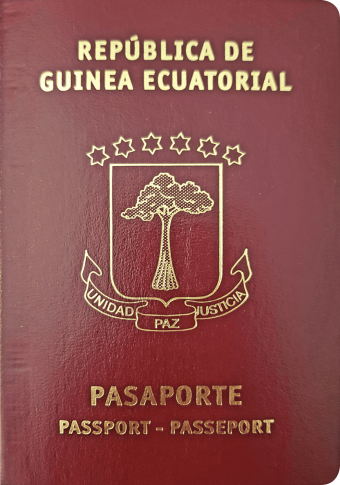 Separate from these Equatorial Guinea visa-free countries and visa-on-arrival countries, there are 173 additional destinations which Equatorial Guinea passport holders either need a physical visa to enter or an eVisa (i.e. visa required countries).

The Republic of Equatorial Guinea is a former Spanish colony. Located in Central Africa it consists of 8 provinces of which three are on islands and the rest on the mainland. It is surrounded by the Gulf of Guinea bordering Cameroon and Gabon. The most important provinces are Litoral, Bioko Norte, Wele-Nzas and Kié-Ntem. The nation is the 44th largest country in Africa with a surface area of 28,050 square kilometers. Its climate is tropical and therefore always hot and humid. Its terrain is divided between the islands and the mainland. The islands are volcanic, whereas the mainland is flat at the coast and hilly in the interior.

The overall population is over 1.4 million people. The capital of the country is Malabo, which is also the most populous city with over 300,000 inhabitants. Other important cities of the country are Bata, Ebebiyin and Aconibe. The largest international airport is Malabo International Airport (SSG). It connects the country to destinations across Africa, Europe and Turkey.

The Republic of Equatorial Guinea gained independence from Spain in 1968. Its culture is dominated by a mix of ethnic groups and the Spanish heritage. Especially on the Island of Bioko. There is a predominant belief in the Christian religion. The official languages of the nation are French, Portuguese and Spanish. The legal system is mixed between the civil with customary law. The government form is a presidential republic with President Brig Teodoro Obiang as elected chief of state. The Prime Minister is Francisco Pascual Eyegue Obama as head of government. Elections take place every 7 years.

The official currency of the country is Central African CFA franc (XAF) with the current exchange rate being XAF 552 to the USD. Equatorial Guinea has an open economy, generating a GDP of approximately $29.1 billion. This makes it the 26th largest economy in Africa. It has a per capita income of $21,442. The main GDP contributing sectors are services and industry. All income generated by the country is originating from the oil and gas sector. Diversification is planned by the government but moving forward slowly.

Equatorial Guinea is a developing tourism destination currently offering limited options. It is known for its wildlife and beautiful beaches. Some of the major destinations are the capital Malabo, the Monte Alen National Park, Moca, and San Antonio de Ureca. There were about 100,000 touristic visits to the country per year in average.