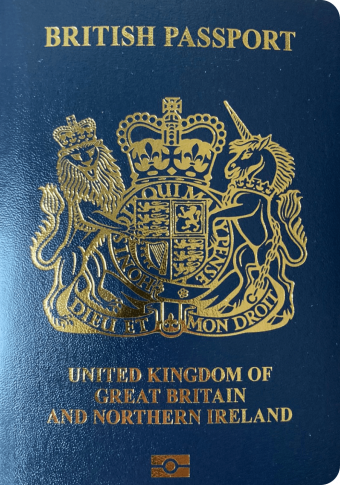 The British passport currently ranks on the 7th place according to the Guide Passport Ranking Index. It provides visa-free access to 190 countries. This makes it one of the most desirable passports in the world with a very high mobility score. British passport holders have visa-free and visas on arrival access to countries such as Brazil, Japan, Peru, Taiwan, United Arab Emirates, United States and the entire European Union allowing almost instant travel worldwide. British passport holders do however require a visa to enter about 39 destinations in the world. Some countries where a visa is required are Russia, China, Cuba and Iran.

Separate from these United Kingdom visa-free countries and visa-on-arrival countries, there are 39 additional destinations which United Kingdom passport holders either need a physical visa to enter or an eVisa (i.e. visa required countries).

The island nation of the United Kingdom of Great Britain and Northern Ireland consists of twelve regions and is located in Western Europe bordering Ireland and the North Sea. The most important regions are Greater London, North West and Wales. The United Kingdom has a surface area of 242,495 square kilometers and is therefore 11th largest country in Europe. Its climate is temperate with mild winters and cool summers.

The overall population is over 67.8 million people. The capital of the country is London, which is also the most populous city with 8.9 million inhabitants. Other important cities are Birmingham, Leeds and Glasgow. The largest airport is Heathrow Airport (LHR) with more than 80,8 million yearly passengers followed by London Gatwick (LGW) with around 46 million annual passengers. LHR is the busiest airport in Europe and provides access to destinations all around the world.

British culture is dominated by a mix of languages and cultures originating from its time as an empire. The majority of the population is of Christian belief. The official language of the country is English. The legal system is the common law. The government type is a parliamentary constitutional monarchy, represented by Queen Elizabeth II as chief of state. The Prime Minister Boris Johnson is currently the head of government. Elections are being held every 5 years.

The official currency of the country is the British Pound (GBP) with the current exchange rate being GBP 0.9 to the USD. The country has an open economy, generating a GDP of approximately $3.1 trillion, making it the 9th largest economy in the world. Its citizens have a per capita income of $46,827. The GDP is mostly made up of 2 key sectors, which are services and industry. Its main goods of export are machine tools, power equipment, aircraft, motor vehicles, metals, cereals, potatoes and vegetables.

The United Kingdom is filled with a variety of urban and natural tourism destinations and attractions. It is known for its picturesque medieval towns and different cultural facets due to its international history. Some of the major destinations include Stonehenge, the Tower of London, the Roman Baths, the British Museum, the Chester Zoo, the Lake District National Park and Warwick castle. The country has a total of 32 UNESCO world heritage sites. There are a total of approximately 38 million tourists visiting every year with the majority originating from the United States and Europe. The United Kingdom is the 10th most visited country in the world.