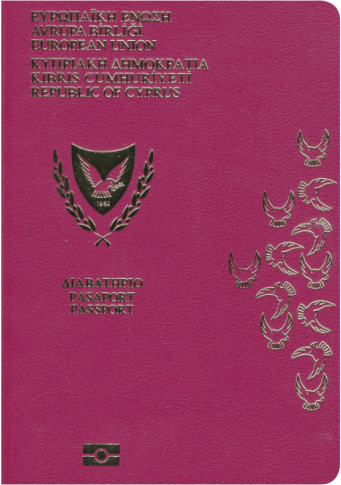 The Cypriot passport currently ranks on the 16th place according to the Guide Passport Ranking Index. It provides visa-free access to 177 countries. With a high mobility score it is one of the highest-ranking passports in the world. Cypriot passport holders have visa-free access and visas on arrival to countries such as United Kingdom, United Arab Emirates, Japan and the entire European Union. This allows almost instant travel opportunities worldwide. Cypriot passport holders do however require a visa to enter about 52 destinations in the world. Some countries where a visa is required are China, India and the United States.

Altogether, Cyprus passport holders can enter a total of 177 destinations—either without a visa, through a visa on arrival, or via an eTA. As a result, the Cyprus passport ranks 16 in the world.

Separate from these Cyprus visa-free countries and visa-on-arrival countries, there are 52 additional destinations which Cyprus passport holders either need a physical visa to enter or an eVisa (i.e. visa required countries).

The Republic of Cyprus consists of six districts and is part of the European Union. The most important districts are Nicosia, Limassol and Larnaca. The island nation is situated in the Eastern Mediterranean with Turkey to the north, Lebanon to the west and Greece to the southeast. Cyprus is one of the smallest countries in the European Union with a surface area of 9,251 square kilometers. It has a warm Mediterranean climate. The terrain is characterized by a central plain and mountains to the north and south.

The overall population is over 1.1 million people, making it one of the least populous countries in the European Union. The capital of the country is Nicosia, which is also the most populated city. It is followed by Limassol and Strovolos. The largest airport is Larnaca International Airport (LCA) with over 8.2 million annual passengers. The airport provides connections throughout Europe, the Middle East and Russia.

Cypriot culture has a far-reaching history, influenced by both Turkish and Greek origins. There is a multi-national mix and the Orthodox Religion is predominant. The official languages are Greek and Turkish. The legal system is a mix between English common and the civil law. The government type is a presidential republic. The chief of state and the head of government is the elect President Nikos Anastasiadis.

The official currency of the country is the Euro (EUR) with the current exchange rate being EUR 0.84 to the USD. The country has an open economy, generating a GDP of approximately $35.9 billion, which puts it at the lower end in the European Union. Its citizens have a per capita income of $41,572. The GDP is mostly made up of the services sector. Tourism, real estate, shipping and finance are hereby the most important contributors accounting to over 80% of the GDP. Cypriot export goods includes citrus, vegetables, barley and olives.

Tourism is a very important part of the economy in Cyprus. The country has a variety of historic and natural sites. There are 3 UNESCO world heritage sites. Popular vacation activities are sailing, diving, fishing and hiking. Some of the major destinations include Ancient Kourion, St. Hilarion Castle, Larnaca, Ancient Salamis, Cape Greco and Nissi Beach. The nation has a total of approximately 3.9 million tourists visiting every year with the majority originating from the United Kingdom, Russia and Israel.

The Cyprus passport is one of the most powerful and most desirable passports in the world. It provides its holders visa-free access to more than 175 countries and territories.

Cypriot citizenship can be acquired in a number of ways, including by birth, descent, or marriage. Individuals can also apply for Cypriot citizenship after 7 years of acquiring a residency permit through the Cyprus Golden Visa program.

Cyprus Permanent Residency Permit is one of the fastest and most straightforward Golden visa programs. It gives investors and their families the chance to acquire Permanent Residency Permits or PRP without going through the tedious process required by normal immigration. Cyprus permanent residency can be obtained in just two months by investing in real estate properties. Applicants can obtain a Cyprus Golden Visa through the following option:

Cyprus Golden Visa comes with various benefits, including the following:

For personalized information on how to apply for Cyprus Golden Visa, contact Guide Consultants through the following options: