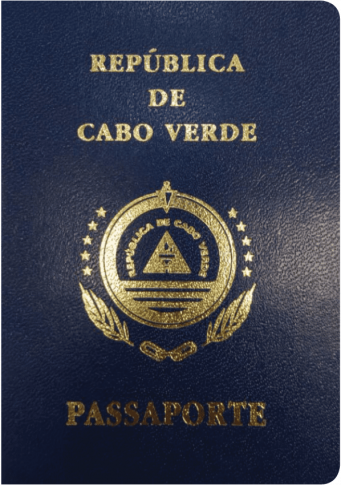 The Cabo Verdean passport currently ranks on the 77th place according to the Guide Passport Ranking Index. It provides visa-free access to 67 destinations. Cabo Verde passport holders have visa-free and visas on arrival access to countries such as Philippines, Singapore, Indonesia, Kenya, Zimbabwe, Iran, Bolivia and Panama. Cabo Verdean passport holders do however require a visa to enter about 162 countries in the world including the European Union and the United States, giving it an overall lower mobility score.

Separate from these Cape Verde visa-free countries and visa-on-arrival countries, there are 162 additional destinations which Cape Verde passport holders either need a physical visa to enter or an eVisa (i.e. visa required countries).

The Island Republic of Cabo Verde consists of two states and is located in the North Atlantic Ocean west of Senegal as part of West Africa. The islands are is divided in two groups, the Barlavento islands and the Sotavento Islands, which are of volcanic origins. Cabo Verde has a surface area of 4,033 square kilometers and is therefore the 176th largest country in the world. Its climate is temperate with warm and dry summers.

The overall population is 543,767 people. The capital of the country is Praia, which is also the most populous city, followed by Midelo and Espargos. The largest airport is Amilcar Cabral International Airport (SID) with 1,2 million passengers followed by Nelson Mandela International Airport (RAI) with 660,000 yearly passengers. SID is the 35th busiest airport in Africa.

Cabo Verde’s culture is dominated by a mix of languages and cultures, with the Roman Catholic religion as main religion. The official language in the country is Portuguese. The legal system is based on the Portuguese Civil Law and the government type is a parliamentary republic. The chief of state is President elect Jorge Carlos Fonseca and the prime minister is Ulisses Correiera de Silva.

The official currency of the country is the Cabo Verdean Escudo (CVE) with the current exchange rate being CVE 93 to the USD. The country has an open economy, generating a GDP of approximately $4.3 billion, making it the 48th largest economy in Africa. Its citizens have a per capita income of $7,728. The GDP is mostly made up of 3 key sectors, which are services, industry and agriculture. Its main goods of export are bananas, corn, fish, beans, salt and coffee. Parts of the country are extremely dry, making it difficult to culture crops.

Cabo Verde has a very developed tourism sector and is quite popular for tourists with 350 days of sun per year. It is known for its lush, beautiful beaches and rugged volcanic mountains. Some of the major destinations include the Pico de Fogo, Sao Vicente, Tarrafal, Praia, the Cidade Velha, the Blue Eye, the Pedra do Lume Salt Crater and the beautiful Praia de Santa Maria. The nation has a total of 700,000 tourists visiting every year with the majority originating from the European Union. Tourists remain one of the key contributing factors for the local economy with many more hotels in development to meet future demand.